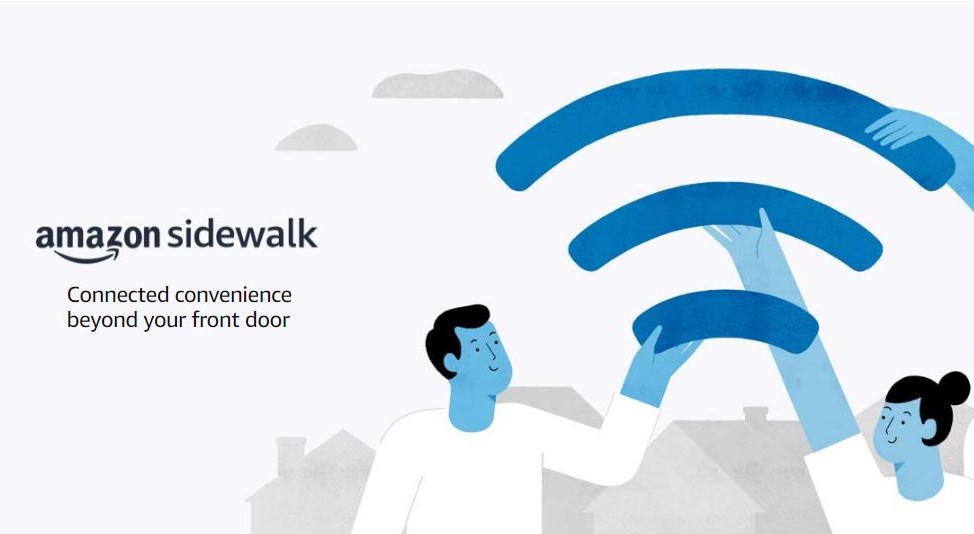 Amazon is currently working on its upcoming location-tracking mesh network system Sidewalk ahead of its official launch later this year.

The aim of the new system is to create a neighborhood network using connected IoT devices that will help customer’s devices work better both at home and beyond their front doors.

Sidewalk will be operated by Amazon at no cost to customers and the system will use Bluetooth Low Energy (BLE), the 900 MHz spectrum and other frequencies to simplify new device setup, extend the low-bandwidth working range of devices and help devices stay caught up with the latest updates even if they are out of range of user’s home Wi-Fi networks.

During the unveiling of Sidewalk last year, Amazon explained why its new system will use multiple wireless standards, saying:

“One of the things we learned from the Alexa Connect Kit is that developers are always looking for new ways to invent for their customers, and that includes pushing the boundaries outside the home. Bluetooth has limited range. Wi-Fi only goes so far. And 5G cellular is incredibly important when you need reliable, long distance, guaranteed delivery of data, but it can be complex.”

READ  How to calibrate your monitor

In a new blog post, Amazon revealed that many Echo devices will support Sidewalk using BLE later this year. Customers with eligible Echo devices will be able to use them as a Bluetooth Sidewalk Bridge to help compatible devices automatically connect or reconnect to their router, set up new echo devices or locate items connected to Sidewalk. At the same time though, the ecommerce giant also announced that Tile will be the first third-party platform to support the system and customers can use Sidewalk to find their keys, wallet or other items using the network.

When it comes to the privacy and security of Sidewalk, Amazon has taken a number of steps to ensure that customer data is safe and in their control when their bandwidth or when other devices are connected to the system. Sidewalk has been designed with three layers of encryption in order to help secure data traveling on the network. These same encryption standards are required for all third-party applications that use the system as well.

Amazon has also designed the system to prevent customers with Sidewalk Bridges from viewing the data from other customers’ Sidewalk-enabled devices and devices owners will not have access to Sidewalk Bridge information.

Sidewalk will launch later this year and since customers can use their existing Echo and Tile devices with the system, they won’t have to buy any additional hardware to begin taking advantage of the network and the benefits it offers.

This nasty botnet could being rented out as a proxy service

What is Elasticsearch and why is it involved in so many data leaks?

Lenovo is bringing Zoom to its ThinkSmart collaborative displays

Why NFS is not suitable for work anymore

Apple could show off revolutionary ARM-based Macs on November 17

How Ocado is shaping the future of online groceries

iPad Air pre-orders now live: here are the best retailers to order from