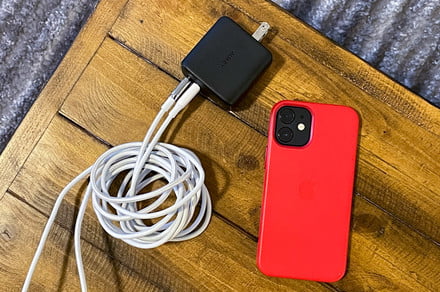 If you go to Amazon looking for a new charger or pair of headphones today, your options will be limited. People have started noticing that chargers, cables, speakers and headphones — likely among other categories — from popular companies are either unavailable for shipping or gone from the platform entirely. Aukey and Mpow, extremely well-known companies with popular products, have all but disappeared from Amazon.

And we have a good idea of the reason: Fake reviews.

Online safety advocate SafetyDetective uncovered a massive trove of data pointing to wide-reaching pay-for-play reviews system purportedly focused on China-based phone and computer accessory companies that primarily sell on Amazon. The leak exposed a system of companies paying to generate real-looking, but completely falsified, reviews for new products. The goal is simple: Shoot up the Amazon rankings for having a high number of reviews and average rating, which starts the waterwheel of purchases and real reviews.

The system would essentially have third-party companies buy products, submit favorable 5-star reviews from fake user accounts, and then be reimbursed for the products (and then some) via a separate payment platform to protect the integrity of the “verified purchase” denotation on Amazon. The leak shows over 75,000 Amazon accounts being used for the services, though the true scale isn’t yet known. There could be many more individuals or smaller groups implicated in the scheme.

It’s quite a shock to see much-loved companies removed for purportedly faking reviews.

It also isn’t clear how complicit the product-selling companies were in the system, though it’s hard to imagine they would be completely unaware. Fake reviews on Amazon are a long-standing problem, and although Amazon is clearly aware of the issue it’s becoming increasingly difficult to detect them as a cottage industry has developed with companies providing convincingly real-looking reviews. Websites like Fakespot and ReviewMeta that attempt to filter out fake reviews, providing another layer beyond the extensive work Amazon does itself — but clearly they aren’t entirely effective.

Seeing all of Aukey’s products, and the company’s Amazon store, disappear entirely is quite a shock — particularly to those who actually use and love its products. I’ve used Aukey gear for years, and it has a truly well-deserved positive reputation — but it seems as though that wasn’t good enough to hit the rankings and goals the company set. Two of its direct competitors, Anker and RAVPower, are unaffected so far.