Home Commerce Amazon One verifies consumers and office workers by scanning the palm of...


Amazon is rolling out a new contactless technology that enables consumers to pay and carry out other in-store transactions using the palm of their hands. However, the internet giant has grander plans for the technology, with plans to open things to third-parties in the future.

Amazon One, as the technology is called, fits into Amazon’s broader push into the brick-and-mortar realm, which largely kickstarted back in 2016 with the launch of Amazon Go retail stores. Equipped with computer vision, sensor fusion, and deep learning, Amazon’s cashierless stores are designed to be friction-free, enabling shoppers to walk in and out of stores without having to wait in line.

Starting in two Amazon Go stores in Seattle from today, shoppers will be able to register the palm of their hand as a unique identifier, and insert their credit card in the Amazon One device located at the entrance to associate their payment credentials with their hand. Then, in the future, they can enter Amazon Go stores simply by hovering their palm over the Amazon One device. 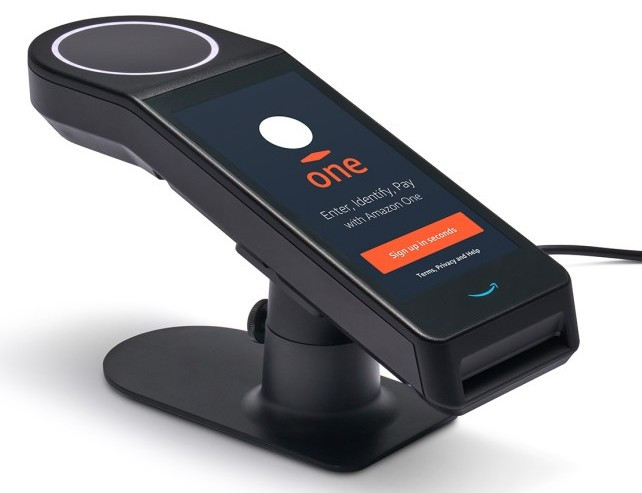 Above: Amazon One device

However, Amazon One isn’t designed squarely to verify users for entry to stores and to take their grocery payments. The company said that it wants people to use their palm to facilitate “everyday activities” such as presenting their loyalty cards, and verifying their identity to enter any location such as sports stadiums, offices, and third-party grocery stores.

Put simply, it seems that Amazon wants to become the biometric standard for ID verification, replacing point-of-sale (POS) systems, badges, tickets, and any traditional system used to help people make payments or prove who they are.

READ  How enterprise is putting conversational AI to work

The next steps after the two initial Amazon Go stores will see Amazon One arrive in “additional Amazon stores” in the coming months, which could see the technology added to hundreds of Whole Foods stores. Looking further to the future, though, the world can expect to see Amazon-powered palm-recognition smarts crop up in office buildings, sports arenas, and shopping malls everywhere.

How this tech-forward insurance might save you time and money

Women do better, minorities worse, when it comes to the tech wage gap

8 video chat apps compared: Which is best for security?

DOJ's antitrust fight with Google: how we got here

How to earn CCNA & CCNP certifications from the comfort of home

Hugh Grant thinks mobile phones are `toxic and killing us` –...