Amazon, Microsoft and Spotify are the brands that have added the most to their brand value in the past year, according to Interbrand’s 2020 Best Global Brands report.

Amazon added 60% to the value of its brand, which rose to $201bn (£155bn), pushing the ecommerce giant above Google into second place in the ranking.

Apple retained its top spot, growing its value 38% to $323bn and becoming the first brand to surpass $300bn.

Samsung, Coca-Cola, Toyota, Mercedes-Benz, McDonald’s and Disney completed the top 10, although the value of all of these brands, except Samsung, declined.

The ranking establishes the value a brand contributes to its parent company by assessing the financial performance of a company, the role the brand makes in purchase decisions and its competitive strength.

For the third year in a row, Facebook’s value fell, by 12% to $35.2bn – although it moved up a place to 13th in the ranking. But, in a sign of the changing centre of gravity within Mark Zuckerberg’s company, Facebook’s sister brand Instagram was the highest new entrant in the list, at 19th place, with a value of $26.1bn. 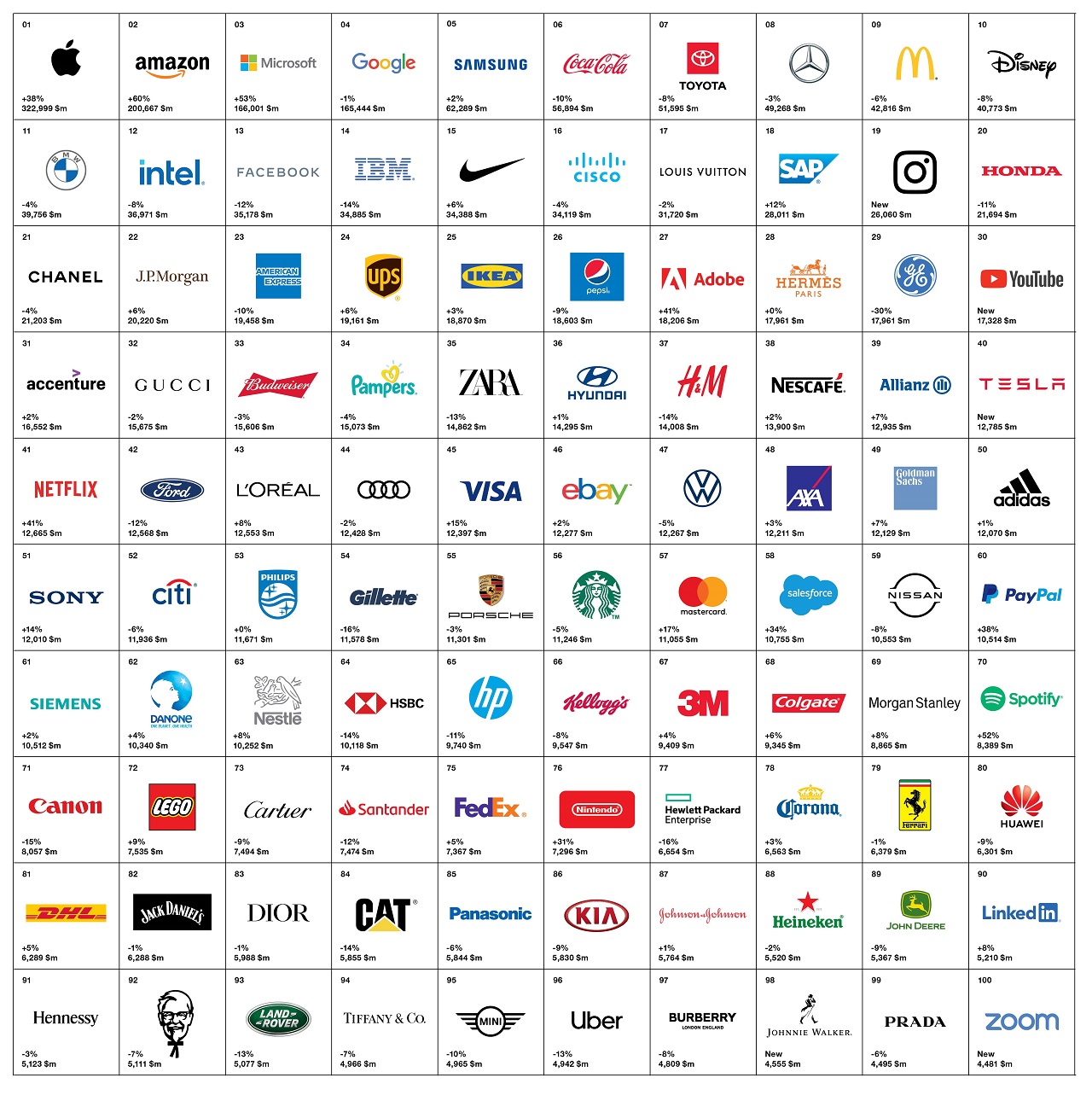 “They are the keys to unlock results in the current crisis, building customer confidence and business resilience.”

Trevail continued: “By setting out powerful ambitions and pursuing them with courage and conscience, brands can help us lift our heads, make sense of chaos, and see beyond it, championing a new decade of possibility.”

In the rival BrandZ ranking from Kantar, Amazon has topped the list for the past two years.

In February, Amazon was named “the biggest advertiser on Earth” after reporting annual advertising expense soared to $11bn (£8.4bn) year on year.

Basic income for all: Has the Covid crisis given us a new economic model?

Only way is up for Stripe as valuation skyrockets

RTÉ board should not tune out from digital expertise

There was no vaccine for Anglo: Why the last crisis was different

Microsoft is already testing the next big Windows 10 update

Opteran Technologies is developing an AI honeybee brain – The Burn-In