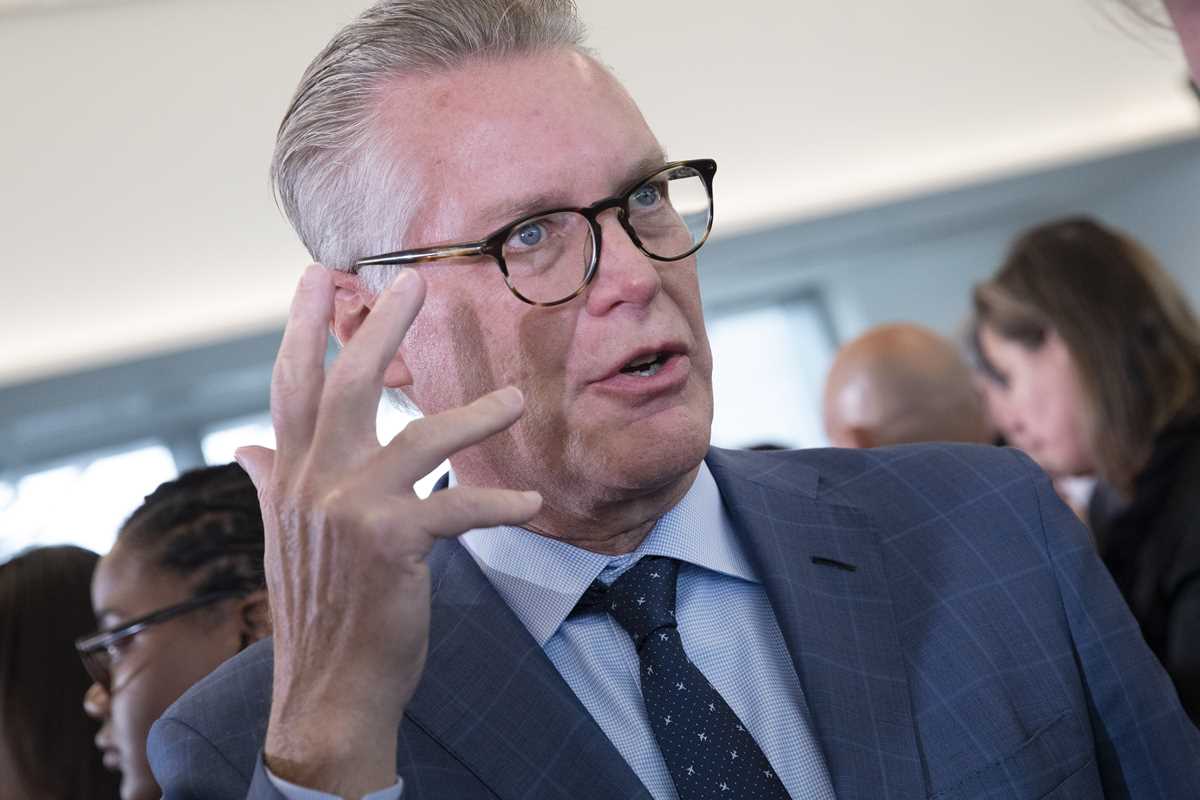 In this Oct. 29, 2019 file photo, Delta Air Lines CEO Ed Bastian talks at the new $3.9 billion Terminal C at LaGuardia Airport in New York. Airline executives are pushing Congress and the White House to step up funding for the Federal Aviation Administration after a technology failure briefly grounded flights around the country this week. Delta Air Lines CEO Ed Bastian said Friday, Jan. 13, 2023 that the FAA is doing the best it can, but it needs more staffing and upgraded technology. (AP Photo/Mark Lennihan, File)

The shoe is on the other foot now after a technology outage at the Federal Aviation Administration grounded planes for a time earlier this week, but airline leaders are taking a different tack.

They’ve avoided harsh words and score-settling. Instead they’re calling on Congress and the Biden administration to give the FAA more staff and more money to upgrade its systems.

“The FAA, I know, is doing the very best they can with what they have, but we need to stand behind the FAA,” Delta Air Lines CEO Ed Bastian said Friday.

American Airlines CEO Robert Isom praised the FAA for “calling a time out” Wednesday morning — temporarily barring planes nationwide from taking off — while it fixed a system that provides safety and other information to pilots and airline dispatchers. He said it showed that safety comes first.

“Investment is required,” Isom told CNBC. “It’s going to be billions of dollars, and it’s not something that is done overnight.”

The airline executives, of course, have an interest in making sure that the FAA can function. The agency manages the nation’s airspace and hires air traffic controllers who must juggle a mix of passenger and cargo jets, smaller private planes, helicopters and drones.

Bastian said the FAA’s lack of adequate staffing is causing longer flight times and making it harder to operate in congested parts of the Northeast and Florida.

“There is no question that the investment in a modernized air-traffic control system will drive a tremendous amount of efficiencies as well as growth, which will mean better service for the American public,” he told reporters.

Airline executives no doubt want to remain in the good graces of the bureaucrats who regulate them. Isom went out of his way to praise the leadership ability of Buttigieg, who heads the FAA’s parent organization.

Airlines have been pushing the FAA to modernize the air-traffic control system for years. They argue that a faster and complete rollout of a so-called NextGen plan to modernize the national airspace system will benefit the traveling public by making flights more efficient and reliable.

The FAA’s technology is certain to be a key issue this year, as Congress considers legislation that would govern the agency for the next five years. But the initial response from Capitol Hill has been to demand answers from Buttigieg about this week’s debacle.

Late Friday, more than 120 members of Congress said in a letter to Buttigieg that “the FAA was well aware of the issues facing the NOTAM system” which failed this week. NOTAM stands for notice to air missions.

In the letter signed by 71 Republicans and 51 Democrats they said Congress directed the FAA in 2018 to modernize the NOTAM system, and FAA requested money to replace “vintage hardware” that supports it.

“Coupled with this week’s failure, significant questions are raised about how long these issues have existed and what is needed to prevent such issues from occurring again,” the lawmakers said. “Again, this is completely unacceptable.”

Buttigieg’s office declined to comment on the letter but said in a statement that the NOTAM system had been functioning properly since Wednesday with no unusual flight delays or cancellations.

Among those signing the letter were Rep. Sam Graves, R-Mo., the new chairman of the House Transportation Committee, and Rep. Rick Larsen, D-Wash., the top-ranking Democrat on the committee.

Earlier in the week, Graves suggested that the breakdown of the FAA alert system was related to “the number of empty desks and vacant offices at the FAA,” including the lack of a permanent administrator since the last one quit in March 2021.

Graves has not commented about FAA funding levels.

Larsen said in an interview earlier this week that he is optimistic Democrats and Republicans can put aside partisan differences and help the FAA improve its technology.

“This was a major disruption to the traveling public, and they didn’t deserve it,” he said.

On the Senate side of the Capitol, Maria Cantwell, D-Wash., said the Commerce Committee which she leads will look into the outage. She has also promised to look into airline outages like the one that struck Southwest last month.

Before you consider Delta Air Lines, you’ll want to hear this.

MarketBeat keeps track of Wall Street’s top-rated and best performing research analysts and the stocks they recommend to their clients on a daily basis. MarketBeat has identified the five stocks that top analysts are quietly whispering to their clients to buy now before the broader market catches on… and Delta Air Lines wasn’t on the list.

While Delta Air Lines currently has a “Buy” rating among analysts, top-rated analysts believe these five stocks are better buys. 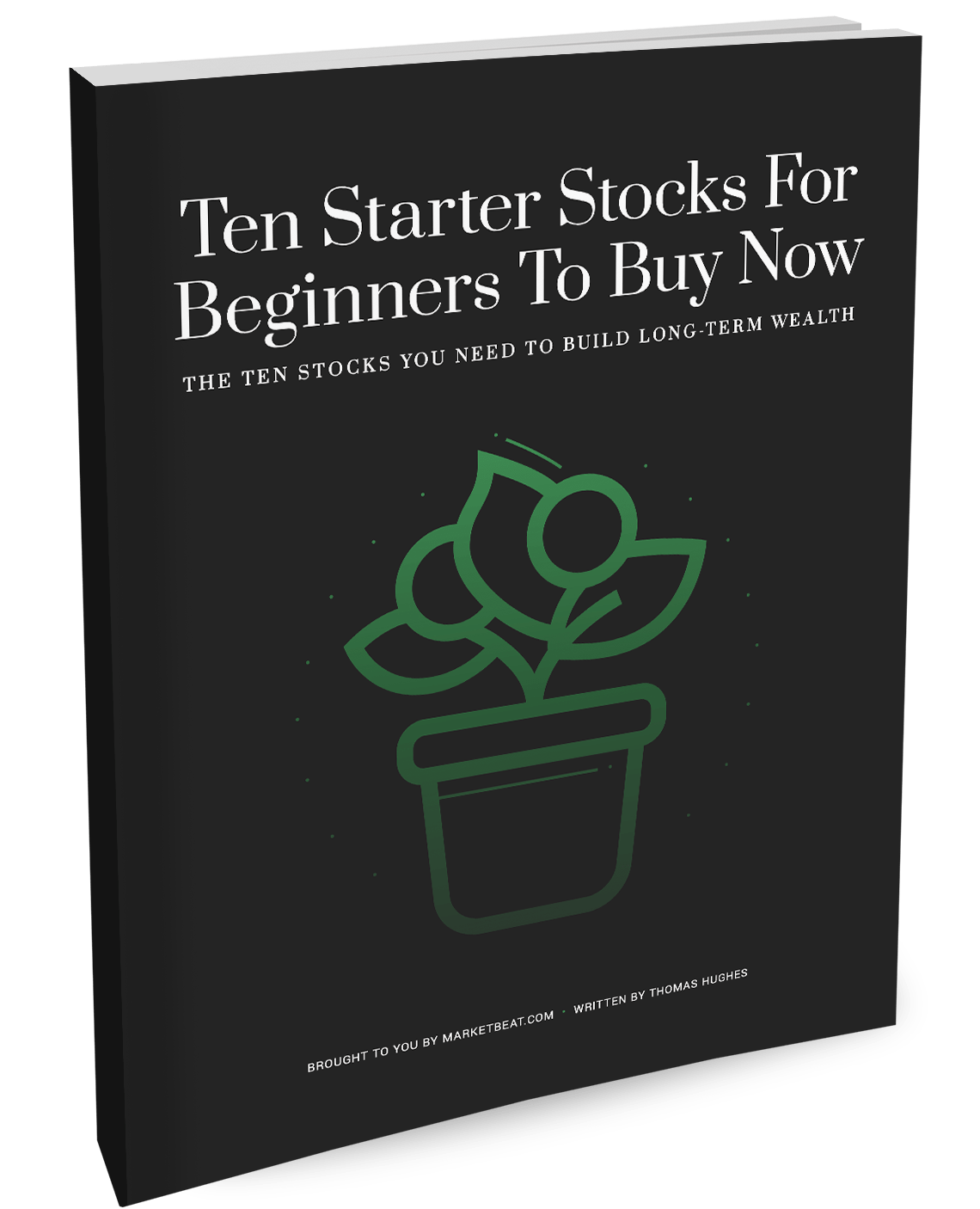