Home Business After Coronavirus, These 3 Tech Stocks Are Poised to Thrive – The...


Believe it or not, there will come a time when the coronavirus contagion is in the rearview mirror. For a few people, life will have changed dramatically. For most people, life will have changed at least a little. Whether it be due to a job loss, concern about the cleanliness of public places, or how we prepare for the next unknown, things are never going to be quite the same.

However, in some ways, the subtle consumerism shifts that are already taking shape spell out opportunities for forward-thinking investors. Here’s a rundown of three names that may actually be better off — in the long run — once the COVID-19 outbreak is contained. 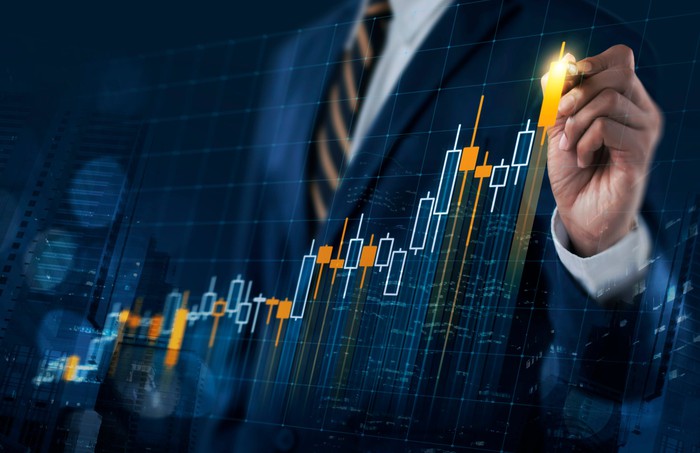 It’s already the market leader of the stand-alone streaming market, sporting 167 million global subscribers as of its most recent quarterly report. The sizable base of existing users doesn’t appear to have been a growth hurdle for Netflix (NASDAQ:NFLX) of late, however, even with the myriad other on-demand video options now available to consumers. Mobile market research outfit Apptopia and consumer engagement service Braze reported earlier this month that during the first quarter of 2020, the Netflix app was downloaded 59.1 million times — far more than any other streaming app on the planet, most likely due to stay-at-home mandates.

Credit has to be given where it’s due. Netflix may have won the world, but it didn’t win the United States. That honor belongs to Walt Disney‘s Disney+ app (14.1 million Disney+ downloads versus 11.9 million for Netflix in the U.S.). That may be more a reflection of saturation than disinterest, however. Netflix already services nearly 68 million accounts in the U.S. and Canada, and Business of Apps says 85% of streaming consumers in the United States are already Netflix customers.

Those 59.1 million global downloads don’t necessarily mean Netflix has 59.1 million new customers as of the end of March, and to the extent they are new customers, not all of them will remain as customers once the pandemic is a thing of the past. On the other hand, even if the fallout from the coronavirus slowdown doesn’t turn into a depression, Netflix is cheap entertainment for the people who may be wary of going out to the movies, heading to theme parks, or perusing the mall.

2. Global Payments can do contactless interactions

Global Payments (NYSE:GPN) is, as the name suggests, a payments middleman. The company serves businesses of all sizes, helping them collect money from customers and manage the payments aspect of their operations. Customer engagement solutions, point-of-sale systems, and e-commerce options are just some of the products and services in Global Payments’ wheelhouse.

The breadth and depth of its offerings aren’t the most compelling aspect of Global Payments right now, however. Rather, there’s one particular product line that just got a whole lot more interesting. That’s the company’s contactless payments solution, which eliminates the passing of a credit card to and back from a cashier. It even eliminates self-swiping, by allowing a consumer to merely tap or wave a card near a card-reading device.

While the idea has caught on quite well in Europe, Americans have been slow to adopt this form of purchasing. The company quoted A.T. Kearney research last year, pointing out that while roughly 60% of credit and debit cards in the U.S. are contactless and almost all cards in South Korea are contactless-capable, only about 4% of debit and credit cards in the United States are equipped for contactless commerce. The bottleneck may also be partially attributable to the fact that many cash registers and point-of-sale terminals aren’t up to the job.

READ  IT Execs On DOJ's Google Antitrust Lawsuit: A 'Lot Of Noise' — With Caveats - CRN

Don’t be surprised to see a big push to change this dynamic though, in the wake of the coronavirus contagion. A recent survey by consumer research firm Shekel Brainweigh indicated 87% of consumers would prefer to shop in stores with contactless options, or at least more self-checkout features.

Finally, add eBay (NASDAQ:EBAY) to your list of names to consider once the COVID-19 dust settles.

Yes, eBay’s business is still only a fraction of the kind of revenue bigger rival Amazon.com is driving. The advent of the coronavirus outbreak, in fact, has funneled more demand in Amazon’s direction than it can feasibly handle. It’s been forced to focus only on essential goods for the time being, and it’s still looking to hire 100,000 workers to keep up with its e-commerce orders.

In some regards, though, the past month has made clear what Amazon’s strengths and weaknesses are, and done the same for eBay. Amazon is a huge machine built for high volume, but it’s become so big that there’s little room for relatively small third-party sellers — some of which were effectively mothballed while Amazon focused on the bigger matter at hand. On the flipside, eBay has always been well-suited for smaller, independent sellers who are increasingly looking for a more accommodating sales platform.

The company’s capitalizing on the situation reality in a different way as well, opening the doors to companies without any online presence at all. Last week it launched a program called “Up & Running,” committed to helping small businesses get into the e-commerce arena. It’s even pledged up to $100 million to the effort and waived some of its usual fees to help newcomers get started.

Between “Up & Running” and a new-found appreciation for being able to offer something Amazon doesn’t, eBay could finally get that much-needed shot in the arm.

They Found a Way to Limit Big Tech’s Power: Using the Design of Bitcoin – The New York Times

Here's how much Microsoft pays its CEO and executives – Business Insider

Zero, a plastic-free grocery-delivery startup, to launch in LA – TechCrunch

Lual Mayen and Leo Olebe: You can’t be what you can’t...