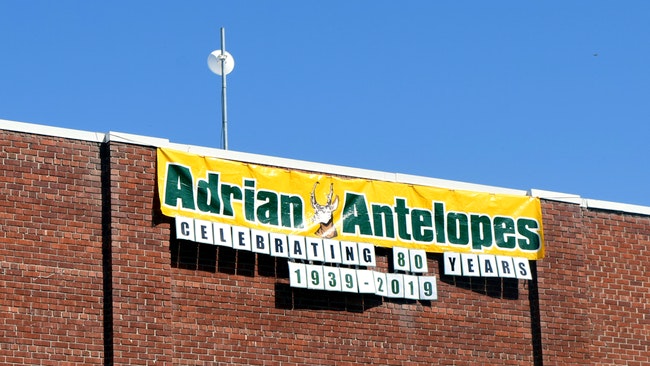 A longtime teacher and coach became the principal at Adrian High School as the former principal and superintendent moved down to the elementary and middle school. (The Enterprise/file)

ADRIAN – Students at Adrian schools are seeing new leaders in the principal’s offices as a resignation last month triggered changes at the Adrian School District.

Kevin Purnell, superintendent since February 2018, is moving from Adrian High School principal to become principal at the elementary and middle school.

Bill Wortman, a teacher and football coach with 10 years of history in the district, will become principal at the high school.

The shifts were occasioned by Terri Vasquez’s resignation as elementary and middle school principal, which came in mid-October as she faced serious health concerns.

Purnell said that after 13 years in the district, he was excited to work with staff in his new capacity.

As superintendent, his greatest concern right now is getting kids back to school. Students attend classes in person no more than two hours per day. Purnell said staff time on Friday is being used for teachers and others to share what’s keeping them going through the pandemic, and that the students themselves continue to be the primary inspiration.

The best moments, he said, are such as “when a student who’s struggled in the past says, ‘This is gonna be the best essay I’ve ever written.’”

Wortman shared Purnell’s enthusiasm for Adrian students, who he described as “extremely well-rounded” and “strong-willed, and capable learners and workers.” However, he also shared concerns about how Adrian High School will continue building a healthy learning environment for students during the pandemic.

“A major concern I have is student’s social-emotional health during comprehensive distance learning,” he said. “We want to continue to teach [social] skills explicitly and we are not able to in the virtual setting.”

Both principals highlighted the community care that students receive from teachers and staff as fundamental to the school district.

“We’re a very welcoming school and community and that has not changed. This community cares about people,” said Purnell.

Purnell has 35 years of experience in education. He began his career as an elementary school teacher in Prairie City.

In between stints teaching and coaching at Adrian, Wortman worked in Alaska as a a special education aide and coach.

“Every day is a great day to be an Antelope,” he said.

﻿GET YOUR LOCAL NEWS FROM REAL PROFESSIONALS: Reader support allows the Enterprise to provide in-depth, accurate reporting that otherwise would not get done. Keeping the community well informed is essential. SUBSCRIBE – $5 a month, automatically. DONATE – to provide additional support.

Should You Be Impressed By Honmyue Enterprise's (TPE:1474) Returns on Capital? – Simply Wall St