Like a criminal on the lam, a name change can offer a company the chance of a fresh start.

Andersen Consulting became Accenture in 2001 after a bitter dispute with sister firm Arthur Andersen, which paid off handsomely when its former namesake was later embroiled in the Enron fraud. Quindell transformed into Watchstone Group in 2015 after a Serious Fraud Office investigation into the insurance software group’s former business practices.

Yet Standard Life Aberdeen’s decision to rebrand as Abrdn is not really a break from the past. It is not leaving much behind — just the vowels. The new company is still pronounced “Aberdeen” and the corporate video that revealed the change provided sumptuous shots of the Scottish countryside.

Nor is it obviously trying to signal a shift of business as Google did in 2015 when it became Alphabet to emphasise that it was more than a search engine.

Instead, Abrdn’s rebrand, which comes after the fund manager was hit by a 17 per cent fall in full-year profits and the loss of its crown as the UK’s largest listed investment house, reflects the “clarity of focus” of the new company’s leadership team, according to newly installed CEO Stephen Bird.

The new name and logo, created by brand consultancy Wolff Olins, have been met with equal parts bafflement and amusement. It is the opposite reaction to a prior big corporate rebrand this year — Volkswagen’s “change” to Voltswagen — a joke that was taken seriously by some and appreciated as a bold embrace of the electric age.

Abrdn’s rebranding is an apparently serious switch that has gone down poorly, placing it at risk of joining the category of brand changes that do not stick.

READ  WPP tumbles most since 1992 after projecting stagnant sales

The Post Office briefly became Consignia in 2001 before the name was dropped, Reckitt Benckiser became RB in 2014 before settling on Reckitt this year, and media group Tribune Publishing Co rebranded as Tronc in 2016 before reverting to its old name two years later.

However, Fred Burt, chief executive of brand consultancy Olix Consulting, said that despite the initial wave of criticism the Abrdn rebrand could still turn out to be a success. “Rebrands are like new boots,” he said. “They are always uncomfortable to start with, but if made well, they’ll fit perfectly once broken in. Abrdn is certainly at the painful stage at the moment but things could change.”

The change will only work if “the substance of the company is changing as well as the style”, said Burt, who warned that the tech-inspired logo could otherwise end up looking like “dad dancing”.

But Robert Jones, professor of brand leadership at the University of East Anglia, who worked at Wolff Olins for over two decades, is more optimistic. Aviva’s decision to abandon the 200-year-old Norwich Union brand in 2008, which he advised on, offers hope for Abrdn, according to Jones. “People were annoyed at the [Norwich Union] brand disappearing at first,” he said. “But quite quickly customers adjusted to the Aviva brand and they are now totally familiar with it.”

Some sort of change was necessary after the 196-year-old Standard Life brand was sold to the insurance group Phoenix earlier this year. The decision to choose a neologism may be driven by increasingly fierce competition for trademarks and web domains. There are more than 46m trademarks registered with the World Intellectual Property Organization and, according to domain registry service Veritas, more than 366m registered top-level domain names. “When you google Abrdn, at least their company will come up now, as opposed to pictures of the town and the football club,” added Burt. 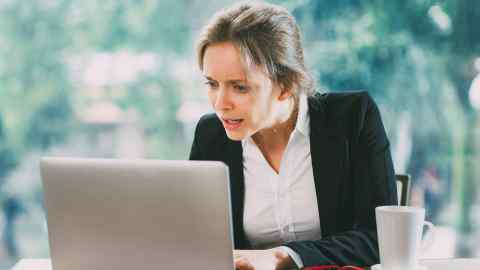 In 2018, fund business Old Mutual Wealth Management rebranded as Quilter in a similar tack away from tradition. But Manfred Abraham, joint chief executive of Yonder Consulting, said Abrdn was the first branding change in wealth management “befitting of the fintech revolution”. “Asset management brands are all very homogenous and traditional,” said Abraham. “Abrdn has the feel of a Monzo or Starling — and that opens the door to the inner workings of the company modernising, too.”

Wolff Olins has had a mixed record as an agency on rebrands. While Norwich Union’s switch to Aviva ended up a stamp of success for the company, it has also been behind botched efforts like that at PwC Consulting, which had its name changed to Monday for just a month before it was ditched. According to Olix Consulting’s Burt, whether the Abrdn rebrand is eventually deemed a success is now “out of [Woolf Olins’] hands”.

“Whether Abrdn ends up as a Consignia or not depends on whether the overhaul of the brand pushed through by the C-suite is now followed by a change in culture and ambition within the company at large,” said Burt. “If not, it’s just a load of marketing hot air with a funny name that no one knows how to pronounce.”

Euro 2020 on TV: calm start for BBC but for Savage dig at Boris Johnson

7 Avoidable Twitter Mistakes That Will Make People Unfollow You [Infographic]

LinkedIn Provides Tips on How to Increase Your Company Page Following

This AI system learned to understand videos by watching YouTube