‘Innovation’ has become a major buzzword in asset management, with it being adjoined to everything from tech to healthcare to education and entertainment.

Citywire AAA-rated duo Brian Barbetta and Michael Masdea, who co-run the Wellington Global Innovation, have heard a lot of this hype-fuelled talk before but believe ‘innovation’ in its truest sense is a precious commodity for investors.

‘What we are seeing is a number of companies coming to market with different or new ideas. We have seen financial services firms in Brazil, for example, which is an area primed for disruption and growth but also, more pressing, we have seen companies pushed forward by Covid-19.

‘Home food delivery would be one area and we have seen advances in areas we wouldn’t expect, like smaller ticket chicken wing chains moving to delivery and having huge success,’ said Barbetta on a video conference call with Citywire Selector.

‘Effectively, we are investing in the future. That is how we think about Global Innovation, as that is where we think the world is going. The world is changing in many ways, so the challenge for us is to find those that we can access and understand.’

Barbetta said the rationale that innovation is purely a technological pursuit isn’t 100% accurate. ‘It be in terms of consumer behaviour to challenging climate change, which is really important. There have been several areas – telemedicine, ecommerce, other innovations – where we have seen continued growth and opportunity.

‘People tend to think innovation is solely within technology and healthcare. The one thing I would say is that the companies that are not embracing technology for their existing operations are probably falling behind, especially if they are not harnessing Big Data or other opportunities. We have to continually look at how our holdings will and won’t be affected by technological change.

His co-manager Michael Masdea (pictured below), who co-runs the $183m Luxembourg-domiciled fund, said they are able to leverage a bench of around 50 analysts from across Wellington’s business. Most importantly, this can mean getting ideas from colleagues working in the unlisted space as well as the listed universe.

‘One way in which we have approached it is through a private equity mindset. We can look at themes that have obvious economic growth potential which aren’t yet in our market but are likely to breakthrough,’ he said.

‘We can work with the private equity team to understand what younger companies are coming through and what it will mean for existing firms. We can get a handle on how an industry will or is being disrupted before it can be seen in other areas, notably through listed company performance.’ 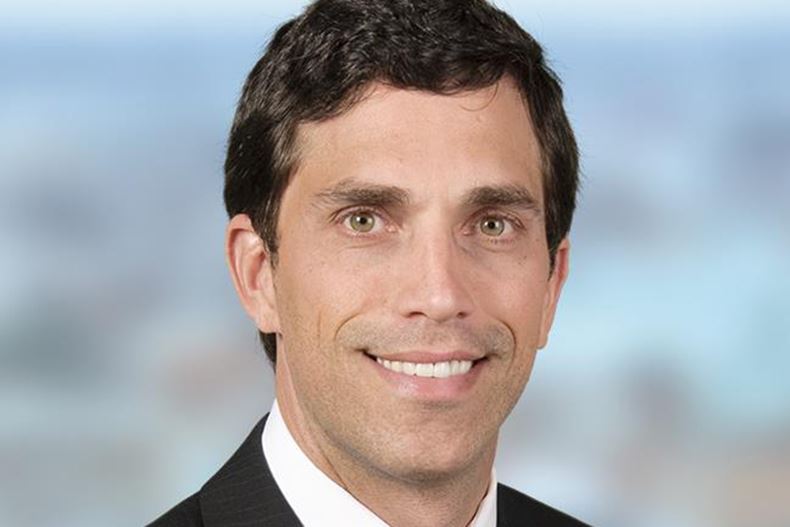 The pair are keen to highlighted how trendspotting is not the same as timing. They said this has been particularly true during the Covid-19 pandemic, as number of themes came to the fore and would gather momentum regardless of how the health crisis played out.

‘With regards to food delivery, for example, we saw what was happening in Italy when their numbers were first reported and what was benefitting – ecommerce and food delivery. We worked under the idea that the virus would not be contained to Italy, so what would it mean for other markets,’ Barbetta said.

‘We did a deep dive and that leveraged our private company contacts and data to understand what equities could come out of this strongly. Italy, effectively, was the first line of the story and we looked at how that could play out across Europe. What we saw was there weas going to be opportunity from technology and healthcare but also overlooked areas.’

While Europe is a minor position in the fund – a 5% exposure compared to a 16% weight in the MSCI ACWI Index – they realised the wider implications at play. If it was going to affect Italy then that would, in fact, act as a small sample for wider themes.

It was this logic that also reinforced their conviction in positions such as PayPal. The online payment giant is currently a 4.7% position in the fund, as at the end of August.  ‘One thing we have noticed is the democratisation of finance.

‘Financial service companies have had to embrace technology to meet demand and have done so quickly. They had to change the shape and scope of the products they offer. It happened in Italy, it happened in Europe and it is now happening in places like Brazil.’

Returning to the idea of innovation not solely being tech, Barbetta and Masdea have several household names in their top 10 positions which have obvious technological links, such as Alphabet, Tencent, Amazon and PayPal.

However, one outlier is Nike, the sportswear company. The US giant, which is a 3.3% position, does not appear as a hugely innovative name to the common investor. That is because tend to focus on their fashion and athletic elements and not their business model.

‘One stock we have discussed before is Nike and that shows that we are not just focused on tech. This is more about companies embracing change and technological advancement,’ he said.

‘They have been particularly innovative on the product front but also with regards to engagement compared to their peers. They have effectively cut out the middleman and have been able to meet demand while increasing margins through direct sales.

‘There was some push back against this, as many people thought consumers were not used to going direct to firms but shopping more generally. The pandemic experience has shown that they can do more of this. In fact, if we look at the two billion people who were forced online, I would say the idea has been pretty strong in that context. It sits nicely in the innovation idea of having something hidden in plain sight.’

Barbetta and Masdea are long-term investors, as they want to invest in companies on a five-to-10-year basis. ‘We are aware that sectors come in and out of vogue. We know where we would like to invest and what we would like to own but we need to get the price right, so we will not always invest but we will keep it on our radar. We have really benefited from taking a long-term view.’

While the pandemic has taken away their ability to visit businesses physically – ‘to kick the tires’, added Barbetta – they have seen many pivot strongly to virtual meetings and the duo has responded in kind.

‘We have found quite a few new ideas during this period, even without the ability to go out and meet them. There are positives and negatives, as we are always online but it does mean you can meet with someone in London and then switch to discussing a new firm in San Francisco without the travel. We have been doing this for 20 years now, so we have been quite adept at adapting.’

The Wellington Global Innovation fund returned 86.7% in US dollar terms to the end of August 2020. This is while its benchmark, the MSCI ACWI Growth NR USD, rose 62.1% over the same period.