Home Autos A Tesla Model 3 Goes From Rolled Aluminum To A Finished Vehicle...

Tesla takes raw sheets of rolled aluminum and turns them, along with hundreds of other parts, into finished vehicles at its factory in Fremont, California, in less than 48 hours. 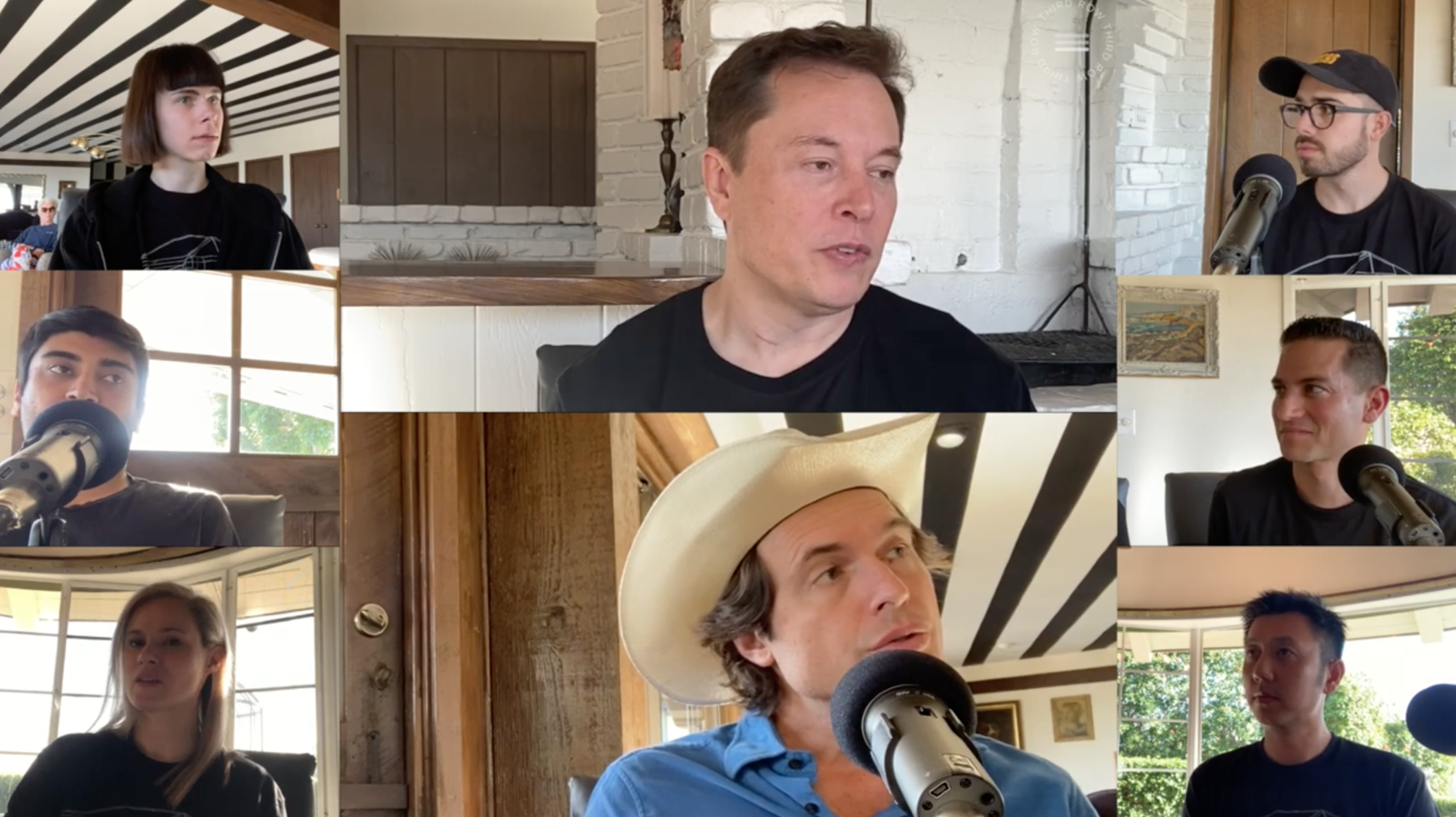 The insight came from one of the longest interviews Elon Musk has ever given, which was with the crew from the Third Row Tesla podcast (Apple, Stitcher, Spotify, Twitter, YouTube, Podbay), with a special bonus appearance from Elon’s brother and fellow Tesla board member and cofounder Kimbal Musk. Their mother, Maye Musk, was also present and occasionally chimed in from an adjoining room. The combined effect was a very personal, insightful two-part interview (so far) that delved into the more human side of Elon.

On the manufacturing front, Kimbal was the one who broached the subject. “What I find amazing is from start to finish, a car is made in 48 hours,” Kimbal said. He talked about the reels of aluminum stock that Tesla uses in its stamping press to form body panels and how the company turns jumbles of parts and raw materials into fully formed vehicles in less than 48 hours. “You can see the rolled aluminum in one section of the factory and you can see the cars coming out the other end.” 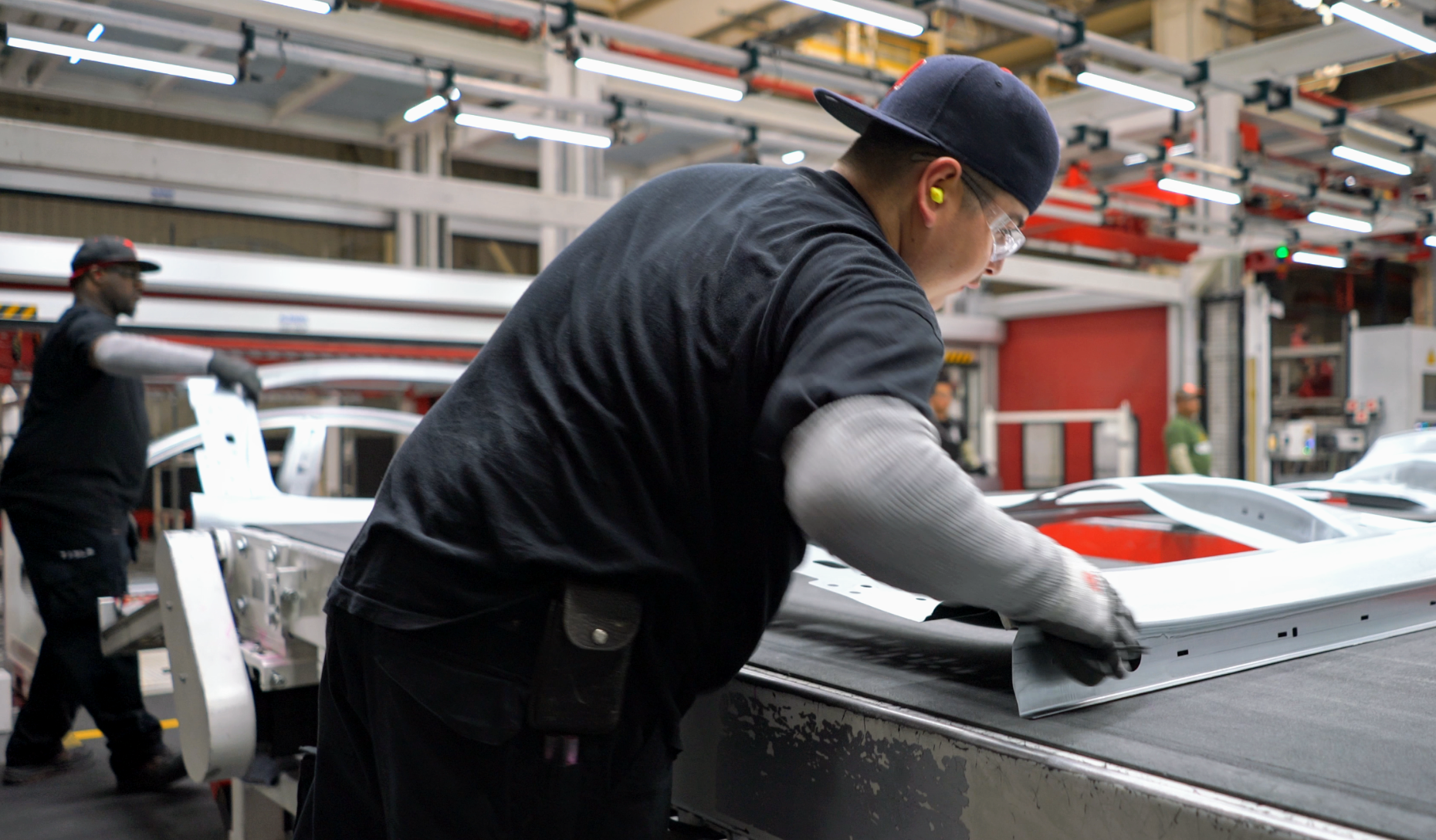 “You don’t appreciate when you’re driving a car how much goes into the level of detail,” Kimbal continued.

In a Tesla Model 3, there are 10,000 unique parts in every vehicle, according to Elon Musk. “The pack alone is several thousand cells,” he said. Assembling all of those parts with as close to a zero failure rate as possible is hard to imagine for folks who have not lived it firsthand.

That’s why automation seemed like the obvious solution to Tesla when it came time to build the “affordable” Model 3. Installing robots that don’t mind doing the same task over and over thousands of times per day with unparalleled precision was part of the plan from day 1.

“Manufacturing is insanely difficult. It’s under-appreciated in its difficulty,” Elon said. After installing robots on the Model 3 production and assembly lines, Tesla had to walk it back a bit to strike the ideal balance.

Kimbal unpacked the journey more, noting that, “skills are changing as things become a little bit … there’s more autonomy, but autonomy isn’t perfect, so you do need to have a lot of people there. These cars have to be perfect.” It took Tesla a solid 12 months of living through what Elon called “production hell” to work through all the bugs in Tesla’s first real deep dive into building and streamlining the mass manufacturing process. 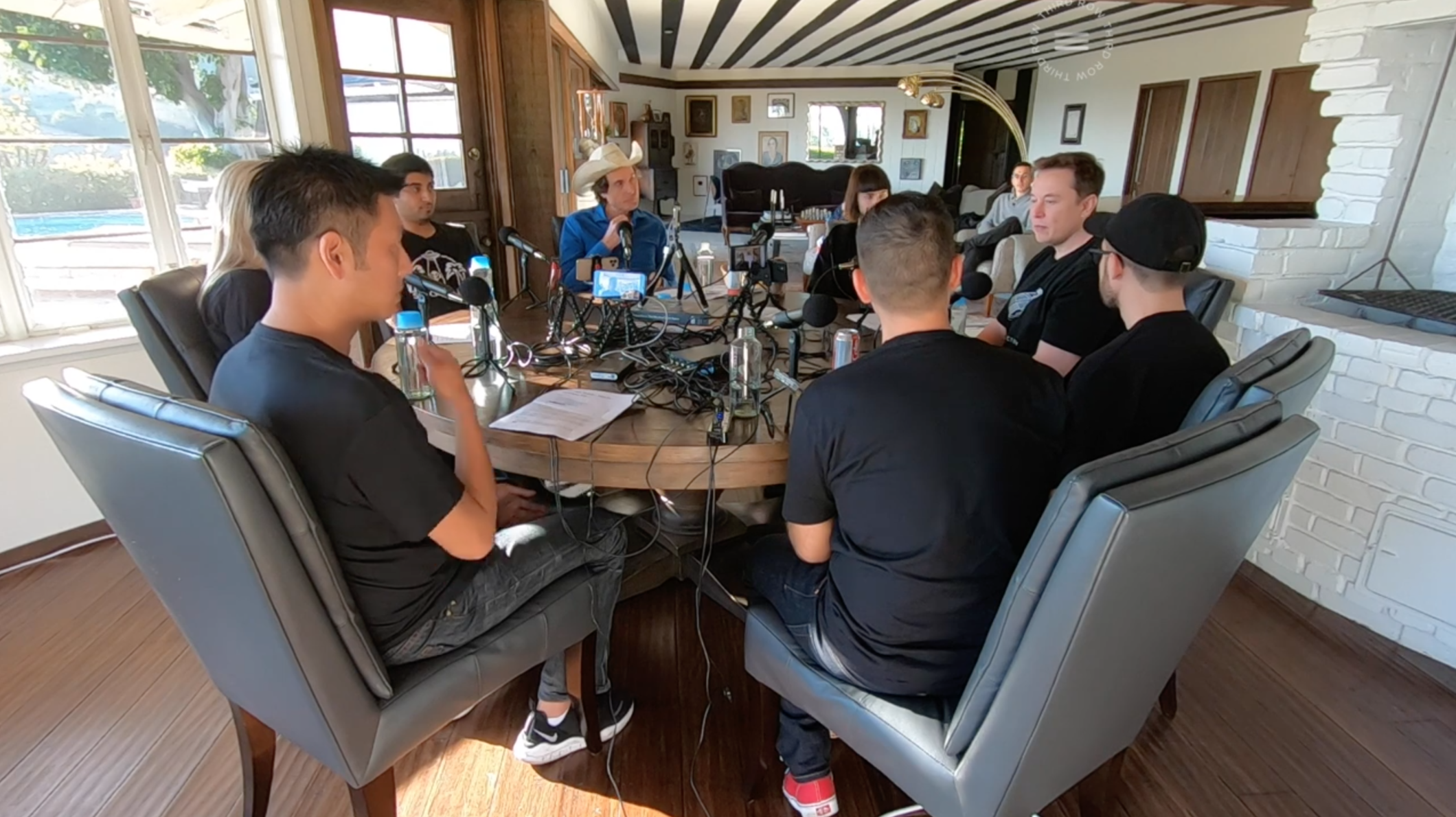 The process included the integration of Tesla’s own operating system into the human-machine interfaces (HMIs) of the equipment in the factory. Tesla’s ability to master and actively develop new manufacturing processes in the physical world with new equipment and in the digital world with custom software continues to be a significant advantage. The advantage stretches beyond just the automotive world and into the broader landscape of manufacturing companies, as other companies that build products don’t also design and program the equipment to build them at this scale.

“Given how much complexity is in a car, it’s remarkable they cost as little as they do,” Elon said.

If you haven’t watched it yet, part two of the podcast gives an exciting look behind the scenes of Elon’s life and the world of Tesla.

Kyle Field I’m a tech geek passionately in search of actionable ways to reduce the negative impact my life has on the planet, save money and reduce stress. Live intentionally, make conscious decisions, love more, act responsibly, play. The more you know, the less you need. TSLA investor.

What is the battery life of an electric car? – Autocar

These official 'Ugly Microsoft' sweaters are being restocked due to massive...