There’s a lot that most of us know about Apple (NASDAQ:AAPL). For example, it’s a very successful company, offering smartphones and watches, laptops and desktop computers. There’s a lot more worth knowing about Apple, though — in part because you may want to get to know the company better as a possible investment.

Here are seven interesting facts about Apple. See how many of them surprise you. 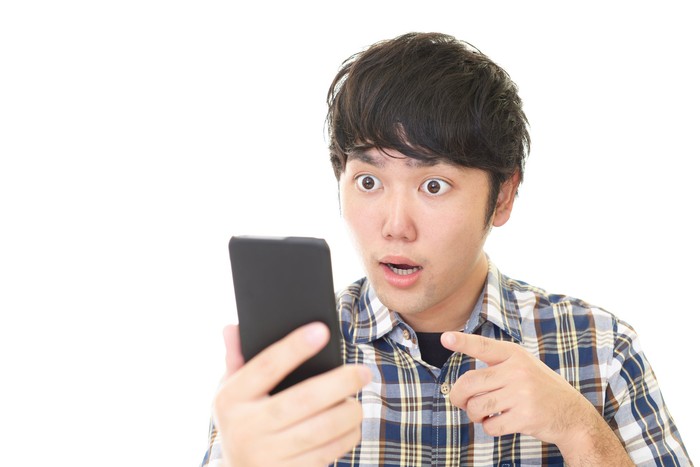 No. 1: The company was recently valued at $2 trillion

In late August, Apple split its stock 4-for-1, meaning that shareholders suddenly were in possession of four times as many shares, each valued at about a quarter of the pre-split price. (In other words, the total value of their shares didn’t change.) That was actually the company’s fifth split. Here’s the Apple stock-split history, showing how many shares someone who starts with 100 shares would end up with:

No. 3: Apple sells many thousands of phones per hour

In 2018, Apple announced that it would no longer report how many phones it sold in each quarter, which would prevent analysts from figuring out average sale prices for the phones.

Prior to that, though, numbers were available, and they were eye-popping. For example, the folks at ZDNet.com looked at the company’s quarterly report for the period ending in December of 2017, when the company reported 77.3 million phones sold, and noted: “That means that for the 91 days that spanned the quarter Apple sold 849,450 iPhones a day, or 35,393 every hour, or 590 every minute. That works out at almost ten iPhones sold a second, for every second during that 91-day period. And remember that each of those iPhones sold for an average of $796.”

No. 4: Employees get generous discounts

As you might imagine, those who work for Apple get employee discounts on company offerings. That doesn’t mean that they can buy lots of discounted iPhones and Apple Watches each year to sell or give away. Here’s how the company describes its employee discount at Glassdoor.com:

Each year, employees can get a 25% discount on an iPod, iPad, or computer. Most Apple software can be purchased at a 50% discount, and AppleCare comes with a 25% discount. After 90 days on the job, employees can choose either $500 off the price of a Mac (excluding the Mini) or $250 off an iPad [this offer can be repeated every 3 years].

No. 5: Apple ships by air more than by sea

You might imagine, if a company is producing many millions of products each year outside the U.S., and most of those items need to get to the U.S. and other parts of the world, that they would be shipped by…ship.

READ  Should you choose .com or .co.uk for your website?

That hasn’t been the case with growth stock Apple. It has relied significantly on air freight services, at times booking most available flights. Air transport may cost more, but it’s far faster, and that can keep products moving more directly from maker to buyer, without spending much time in transit or storage. It’s less risky, too, as spending weeks on a ship leaves products vulnerable to storms, ships sinking, and even possibly hijacking.

Remember Apple’s famous 1984 commercial, which debuted at the Superbowl and introduced the Macintosh personal computer? It was directed by Ridley Scott, who may be most famous for “Alien,” and who was nominated for Academy Awards for “Thelma & Louise,” “Gladiator,” “Black Hawk Down,” and “The Martian.”

If you follow Apple, you’ll know that before major new releases, there are often some leaks disclosing details about them. As you might imagine, leaking is frowned upon by Apple — perhaps more than you think. Here’s a snippet of a memo reportedly sent to employees in 2018:

Leakers do not simply lose their jobs at Apple. In some cases, they face jail time and massive fines for network intrusion and theft of trade secrets both classified as federal crimes. In 2017, Apple caught 29 leakers. 12 of those were arrested. Among those were Apple employees, contractors and some partners in Apple’s supply chain. These people not only lose their jobs, they can face extreme difficulty finding employment elsewhere. “The potential criminal consequences of leaking are real,” says Tom Moyer of Global Security, “and that can become part of your personal and professional identity forever.”

There’s more to know about Apple, much of it fascinating and some of it surprising.

Staples still has the AirPods Pro at their Black Friday price