You are here: Home / Ent. / 7 Clever Secrets Hidden In Famous Video Games.
Like

(ThyBlackMan.com) Game developers love to hide secrets thinking that players won’t be able to find them, at least not so easily. Most video game secrets are discovered soon after release, but some take years to be discovered. Here you will find seven such secrets hidden in famous video games.

Seventeen years after the game’s release, players discovered a hidden coin in Donkey Kong 64, a popular Nintendo 64 game. The discovery was a big deal for players because those who believed they completed a 100% run in the game, their previous run became invalid. What took so long to discover the coin is the level design.

Known as Grate Guy’s Casino, this place in Super Mario RPG: Legend of the Seven Stars is a secret if you don’t pay attention to the hints and signs available in the town. The only way to access this area is by acquiring a Bright Card from Knife Guy. Once you reach the casino, you can find games such as Slot Machine, Look the other way, and Blackjack. 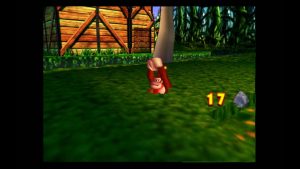 Visiting this place can be dangerous because of hidden or unpredictable threats and enemies present in this area. But if you still want to explore The Great Hollow, head to Blighttown and at the bottom, you will see two fake walls covering the entrance. After crossing them, you will see a ladder and as you get down, you will be amazed to see tons of loot in this hidden place.

Released in 2002, Metroid Fusion is Nintendo’s popular action-adventure game of that time. The game is available to play on Game Boy Advance, Wii U, and Nintendo 3DS. In this game, there are many secrets to uncover, however, there’s one interesting secret which was discovered by players later. If you’re a skilled Metroid Fusion player, there’s an area in the game where you can listen to a secret conversation between AIs. They talk about manipulating the player.

For over 12 years, a mysterious door, also known as portal, was kept a secret from Tibia players. Tibia is an MMO released in 1997 by CipSoft. The developers didn’t intend to put anything beyond that door as they thought no one would reach the level 999. As years passed, a player almost reached that level and then the developers built something for the end of the game. The journey to unlock the doors was an exciting one which includes several twists – a player who reached the level 999 asked his audience to donate him to see what’s beyond the doors. Many such attempts were made and later, the doors were opened and players found a lonely island with NPCs and palm trees. This was one of the longest hidden secrets in a video game.

After releasing Portal, Valve rolled out an update in which the company put a hidden code that translated to “beeps”. These were simple codes and didn’t mean much in terms of gameplay, but there were other codes that revealed images and random pictures of objects. After decoding more codes, fans found that a number present in the game leads to a BBS server. IF you don’t know what a BBS is, it’s a software system that connects users on a network and is also known as a bulletin board system.

This game puts players against some really tough bosses. Slaying the dangerous monster isn’t easy, but with a trick discovered 14 years after the game’s release, killing the boss monster has become easier. The trick is simple. If you are familiar with the forest water, which is also used to complete a sidequest, you will likely want to use it when you come face-to-face with the boss monster. Using the water on the demon results in his instant death.

Have any Tech Tips? News? Hit up our Tech Guru at; CoreyS@ThyBlackMan.com

Picture books and video games: a backdoor into childhood – Eurogamer.net

Why is organizing so common and fun in video games? – Polygon

Top 5 Videogames That Made Us Cry – HorrorCultFilms

Need to work from the road? Here are the 5 best...