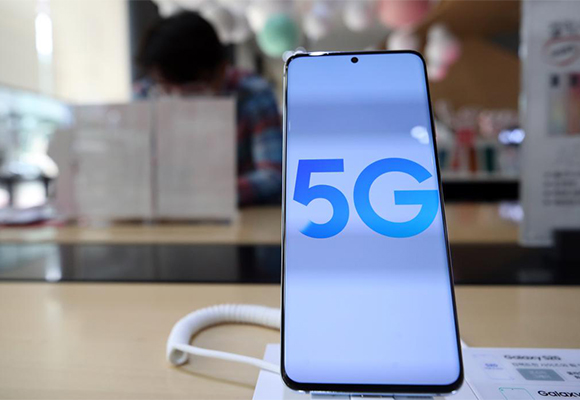 Sales of 5G smartphones in South Korea are projected to top 10 million units this year, doubled from last year, as the earlier-than-usual local release of the new iPhone series and launch of 5G-enabled mid-range smartphones from other brands accelerated migration to 5G phones.

Market tracker Counterpoint Research in a report issued on Friday forecast that the 5G smartphone sales in Korea this year would reach 10.3 million units, with nearly half of the total to be sold during the fourth quarter.

Cumulative 5G phone sales amounted to 5 million units so far this year until September, which is about the same full-year sales of 2019.

Sales of 5G phones in the country had slowed down from late last year after local mobile carriers were punished for illegal subsidies. But its sales have slowly recovered this year, picking up speed over the last couple of months following the earlier-than-usual release of Apple’s new iPhone 12 series, the first 5G-enabled iPhone model. 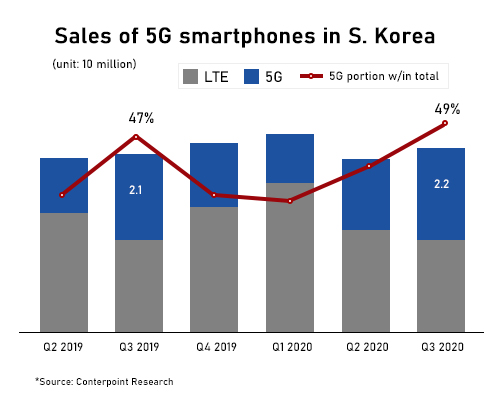 Korean smartphone giants Samsung Electronics and LG Electronics are aggressively expanding their 5G phone lineups with both firms adding 5G-supporting versions to not only premium models but also their budget phones.

The market research company projected 5G phone sales in Korea to reach 16 million units in 2021, up 56 percent from this year.

The 5G models accounted for 49 percent of the country’s entire smartphone sales in the third quarter, claiming 10 percent more than the previous quarter.

Powerbeats Pro get an unbelievable deal at Amazon – but hurry!

Samsung Galaxy S21 Plus vs. Galaxy Note 20 Ultra: Which should you buy?

The evolution of the iPhone: A decade-plus love affair

Apple needs to bring MagSafe back to Macs – CNET

Apple glasses, AR/VR headsets: These are the latest leaks and rumors – CNET

Roslyn Robertson to lead Department of Labor and Industry – Park...