Apple’s released its a new iOS 13.5.1 update and the maintenance upgrade brings a short list of changes to the iPhone.

Like most maintenance upgrades, iOS 13.5.1 is a small release with a short change log. It doesn’t come with any new features or bug fixes, but it does bring “important” security patches with it.

With that in mind, we want to take you through everything there is to know about Apple’s newest update for the iPhone and iOS 13.

In this guide to iOS 13.5.1 we’ll take you through the update’s performance, the current list of iOS 13.5.1 problems, the best places to find feedback about bugs and performance issues, the iOS 13.5.1 jailbreak status, and more.

We’ll start with our impressions of iOS 13.5.1 update’s performance on iPhone.

If your iPhone is running iOS 13.5 right now you’ll see a tiny download when you go to install iOS 13.5.1. The iOS 13.5.1 update is a 77 MB download for the iPhone X. It should be around same size for other iPhone models though the exact size will vary. 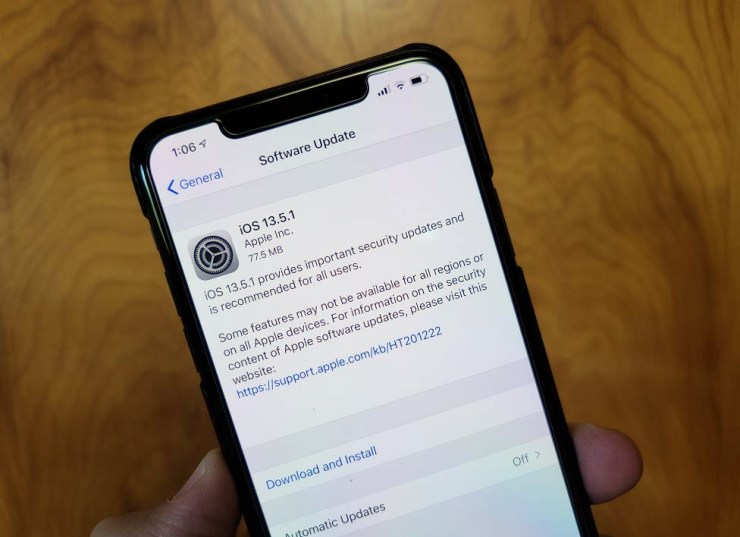 If you’re running an older version of iOS 13 on your phone you’ll likely see a larger download size because your iOS 13.5.1 update includes the changes from iOS updates you skipped.

If your phone is running on iOS 13.5, the iOS 13.5.1 installation shouldn’t take more than 10 or 15 minutes to complete. It took about seven minutes to install on the iPhone X.

For more on the iOS 13.5.1 download and installation, take a look at our guide.

We’ve been using the iOS 13.5.1 update for a short time and here’s what we’ve discovered about its performance thus far:

If your iPhone is struggling on iOS 13.5 or an older version of iOS 13, you might want to install the iOS 13.5.1 update on your iPhone right now.

If you need help making a decision, please check out our reasons to, and not to, install the iOS 13.5.1 update. It’ll help you make a decision.

We’re in the process of publishing our mini iOS 13.5.1 reviews for the iPhone 11, iPhone SE 2, iPhone XS, iPhone XR, iPhone X, iPhone 8, iPhone 7, iPhone 6s, and iPhone SE so make sure you check those for additional feedback.

iOS 13.5 and iOS 13.5.1 are causing problems for some iPhone users. Some problems are brand new while others have carried over from older versions of iOS 13.

If you run into an issue on iOS 13.5.1, take a look at our list of fixes for the most common iOS 13 problems. We’ve also released some tips that could help you improve your phone’s performance and some tips to help fix bad iOS 13 battery life.

If you can’t handle the iOS 13.5.1 update’s performance, you can downgrade to the previous version of iOS 13 in an effort to improve your device’s performance. Apple is signing on iOS 13.5, but it will probably stop doing so in the near future.

If you want to move your phone off iOS 13.5.1, you’ll want to make a decision in the near future.

iOS 13.5.1 is much smaller than iOS 13.5. Apple says iOS 13.5.1 comes with “important security updates” which you can read about on its security website.

As expected, the update patches up the exploit used for the latest iOS 13 jailbreak.

If you jailbreak, you’ll want to skip iOS 13.5.1 for now. That said, the current jailbreak tool supports iOS 13.5 and older versions of iOS.

The jailbreak tool is also compatible with all iOS 13-powered devices including newer iPhone models.

iOS 13.5 was the last known upgrade in Apple’s iOS 13 pipeline so it’s unclear when, or if, Apple will roll out a new version of iOS 13.

With iOS 14 still months away from its official release, don’t be surprised if the company rolls out a few more point upgrades. Keep an eye out as we push into the summer months. 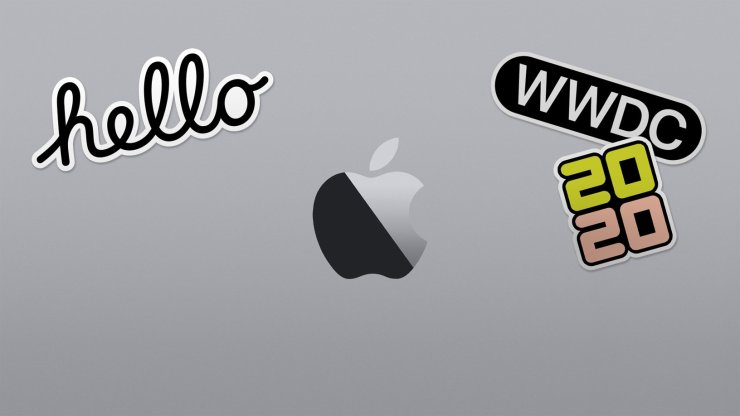 WWDC 2020 will feature an online format.

Apple’s hard at work on iOS 14 and we expect the company to push the software into beta in June shortly after the conclusion of its WWDC 2020 keynote.

For more on iOS 14 and its release, take a look at our guide.

Report: UK to end use of Huawei 5G equipment this year

Lime acquires Jump to put its red bikes back in London

The Motorola One Fusion drops with Snapdragon 710 and huge battery

Apple surveys customers on including chargers with iPhones