476 calls made by satellite phones in state since 2020, say Karnataka police – Hindustan Times


A day after Karnataka home minister Araga Jnanendra said that intelligence agencies have tracked 476 calls made by satellite phones in the state since 2020, police on Wednesday said that these calls were traced to foreign countries, but refused to divulge the specifics of these calls. They, however, said their teams are on the ground collecting information.

On Tuesday, responding to a Zero Hour question raised by former Congress minister UT Khader, the home minister had said: “After the 2011 Mumbai terror attacks, the usage of satellite phones is prohibited on Indian waters by the Directorate General of Shipping. There were 256 instances of satellite phone usage in 2020 and 220 so far this year in the coastal region.”

He added that the state and central agencies, including the Intelligence Bureau (IB) and Research and Analysis Wing (R&AW), are keeping a close watch on the use of satellite phones.

Such phone connects to satellites, unlike the normal cell phone which is connected to terrestrial mobile sites. They bypass the local telecom system which means the agencies are unable to track the conversation. “Even though it is difficult, we have our ways of tackling them. Some of the calls may come from international shipping and whatever has emerged from the state, we are tracking them,” said a senior intelligence official.

This comes after the city police arrested a native of Rajasthan, Jitendra Singh, for allegedly sharing sensitive information about the Indian army with Pakistan’s Inter-Service Intelligence (ISI). The City Crime Branch (CCB) in a joint operation with the Military Intelligence had arrested the accused on Monday.

The accused allegedly took videos and photos of army bases, firing ranges, and movement of the Indian army and shared them with ISI agents. He wore an Indian army uniform while taking photos and videos. Cops are also investigating his purpose of visiting Bengaluru. The police have retrieved his mobile data and are tracking his contacts.

On September 1, chief minister Basavaraj Bommai had said that police had received inputs about possible terrorist activity on the coasts of Kerala and Karnataka and added the state administration is keeping a watch for any suspicious activity in the coastal and adjoining forest areas.

“I can’t discuss some issues openly, but I want to tell you that Karnataka Police along with NIA is keeping a strict vigil on any anti-national activity in coastal and adjoining forest areas. NIA had also picked up a person who was involved in such activities. We have also issued a high alert in coastal areas,” said the chief minister.

It was then claimed by the police that a central Intelligence report had warned that terrorists could infiltrate from the coastal districts of the state. The fresh alert comes days after the chief minister’s statement.

So far, 15 Islamic State sympathizers have been arrested from Karnataka. The latest arrests were reported on August 11, when the National Investigation Agency (NIA) arrested Zufri Jawhar Damudi from Karnataka’s Bhatkal town in connection with terror activities of a group propagating the violent ideology of the Islamic State (IS). A day before that NIA had arrested Ammar Abdul Rahman of Mangalore and Shankar Venkatesh Perumal of Bengaluru in connection with the case after conducting simultaneous searches in Jammu and Kashmir and Karnataka.

While answering a question regarding ‘reports of the presence of Islamic terrorists in southern states of India’, during the monsoon session in September 2020, the Union ministry of home affairs told parliament: “Some instances of individuals from different states, including the southern states, having joined Islamic State (IS) have come to the notice of Central and state security agencies.” 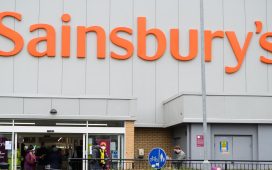 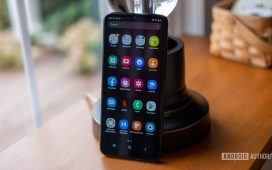 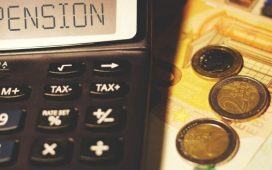