Like the five-seat standard car, itself substantially updated last year, the Allspace gains a redesigned front end incorporating a more prominent grille with illuminated strips and a redesigned Volkswagen emblem.

Volkswagen has updated the SUV’s headlights, adding new interactive IQ Light LED Lights to follow in the footsteps of the standard Tiguan. First used by Volkswagen in its other, more luxurious SUV, the Touareg, these comprise 24 individual LED diodes that can adjust, partly automatically, to different driving conditions. 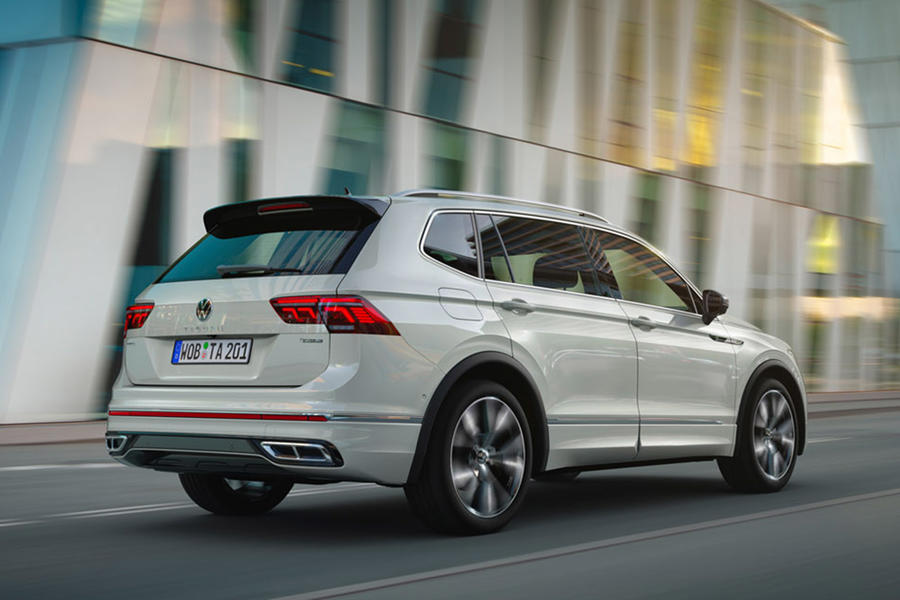 Carrying the updates on to the inside, Volkswagen has worked with audio specialist Harman Kardon to develop a new top-rung sound system, while the Allspace is the latest Volkswagen model to receive the firm’s new climate control section with touch panels and sliders.

While Volkswagen recently introduced a plug-in hybrid variant for the standard Tiguan, as well as a 316bhp high-performance R version, joining the larger Touareg R as part of its performance division’s rapidly expanding line-up, it will not offer either variants for the Allspace.

Volkswagen will confirm prices for the new Tiguan Allspace in due course, however a spokesperson told Autocar that in Europe “it will be more or less the same price as its predecessor” for a starting price of about €36,000 (£31,000).