We’re big fans of the Kia Telluride crossover here at Autoblog, and we’re especially enthused with its integrated tech features. In fact, we love Kia’s electronic gizmos so much that we gave some of them our 2020 Technology of the Year award.

But as well-executed as Kia’s driver safety suite may be, that’s not what we’re interested in today. That honor goes to the infotainment system, and while the two technologies branches intersect, our focus is going to be on navigating the touchscreen and cluster menus with which you’ll interact on a daily basis. The Telluride comes standard with an 8-inch touchscreen infotainment system and 3.5-inch TFT cluster display, but the 2021 SX model we’re testing here has the upgraded, 10.25-inch touchscreen unit and 7-inch, full-color cluster display. The controls for both variants are essentially the same, though the menus will appear different, and some options discussed here will not be present on lower trims.

As it turns out, Kia’s infotainment tech is just as robust and useful as its embedded safety systems. The hardware behind this suite is more than powerful enough for a crisp, responsive experience, and Kia lets you do some some customization on top of an already versatile default setup. This infotainment system is also compatible with Android Auto and Apple CarPlay, both of which are controlled via the touchscreen interface. 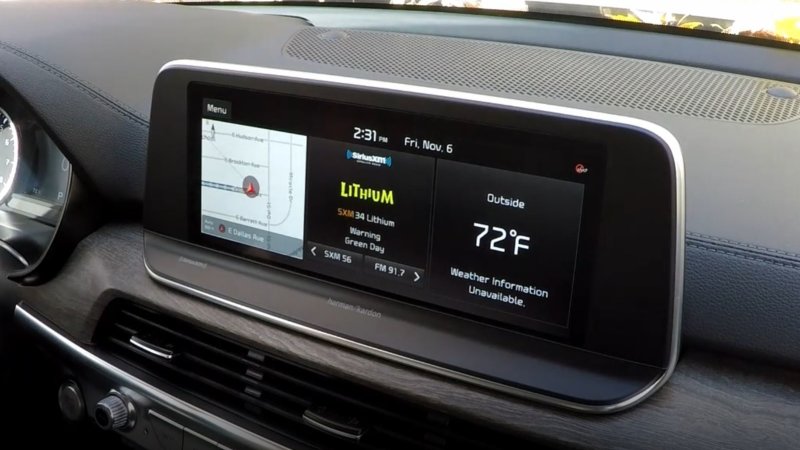 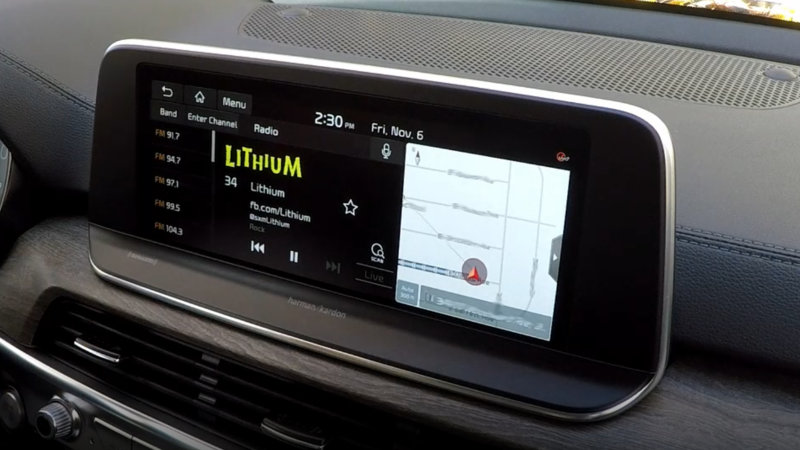 One of the best features of this system is fully realized with the 10.25-inch touchscreen we have here, and that’s the widescreen real estate. This allows you to have as many as three widgets open simultaneously (nav directions, audio and weather by default). It also affords you the flexibility of expanding one of those core apps and keeping a second tile open in the remaining 1/3rd of the screen.

This lets you make use of the more advanced controls inside whichever app needs your urgent attention without completely dismissing another item that might be handy. Say you’re navigating to a strange place, but your co-driver wants to find a new song or podcast to listen to. As you can see in the above right view, this keeps your map up just in case you need to glance at it, but allows your passenger to dive deep into the satellite radio menu. Crucially, it also lets you keep up Apple CarPlay or Android Auto while still keeping tabs on native systems like navigation or the audio controls. Going back and forth is often a point of frustration in other cars.

Toyota offers a similar widescreen presentation, and while we like that too, Kia’s is ultimately superior due to a few small, but significant design and layout choices. 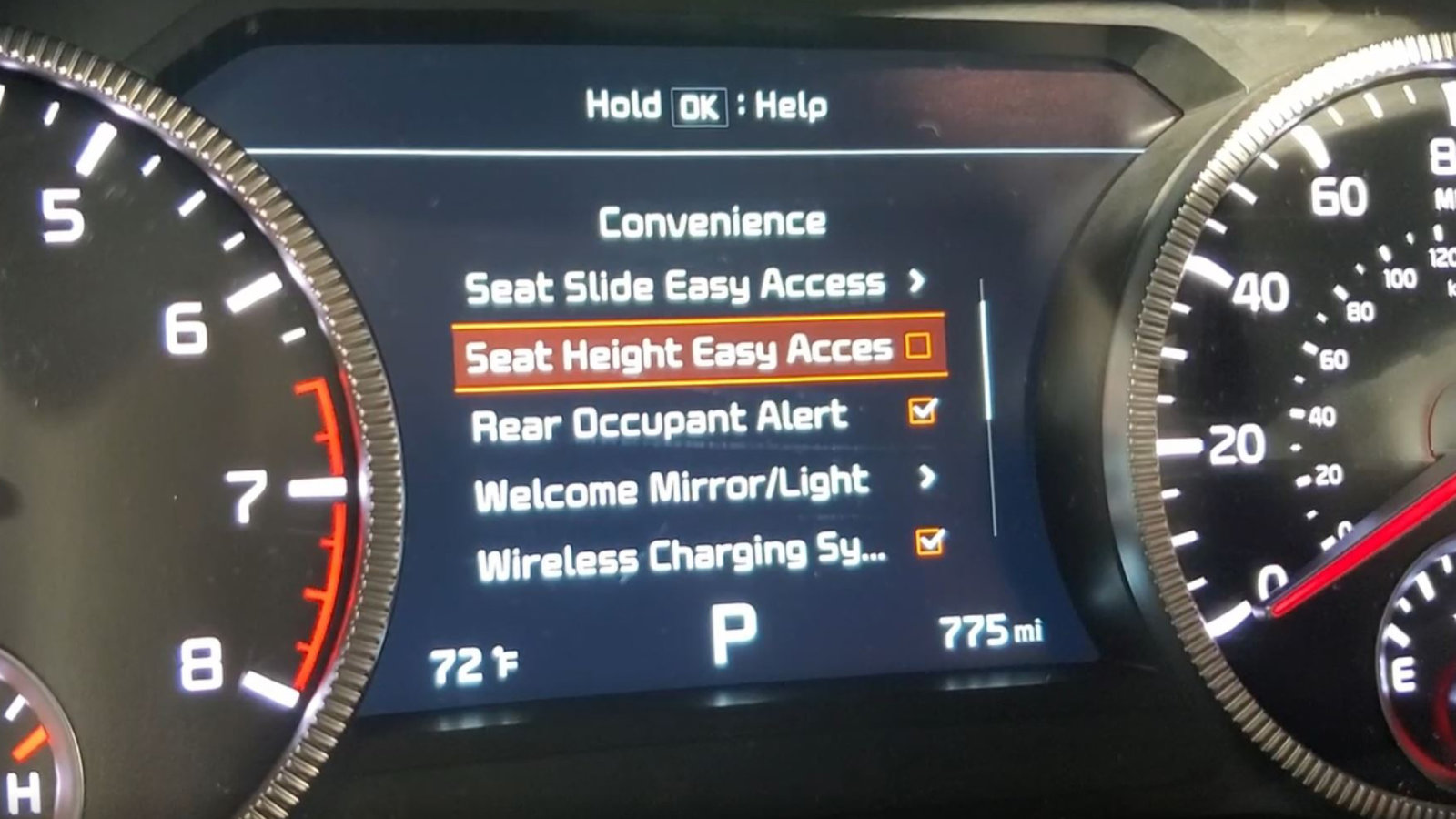 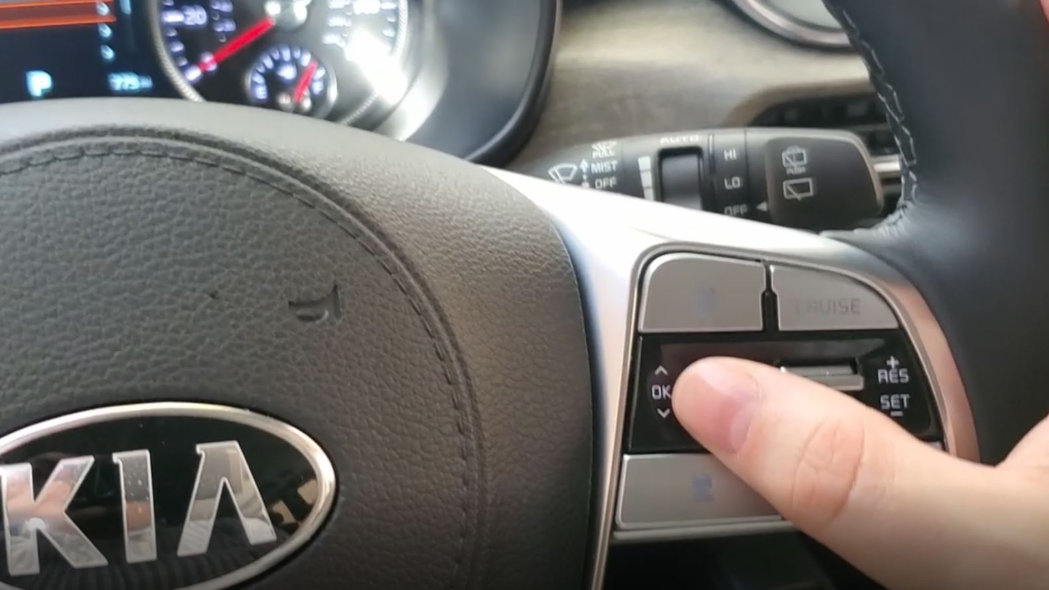 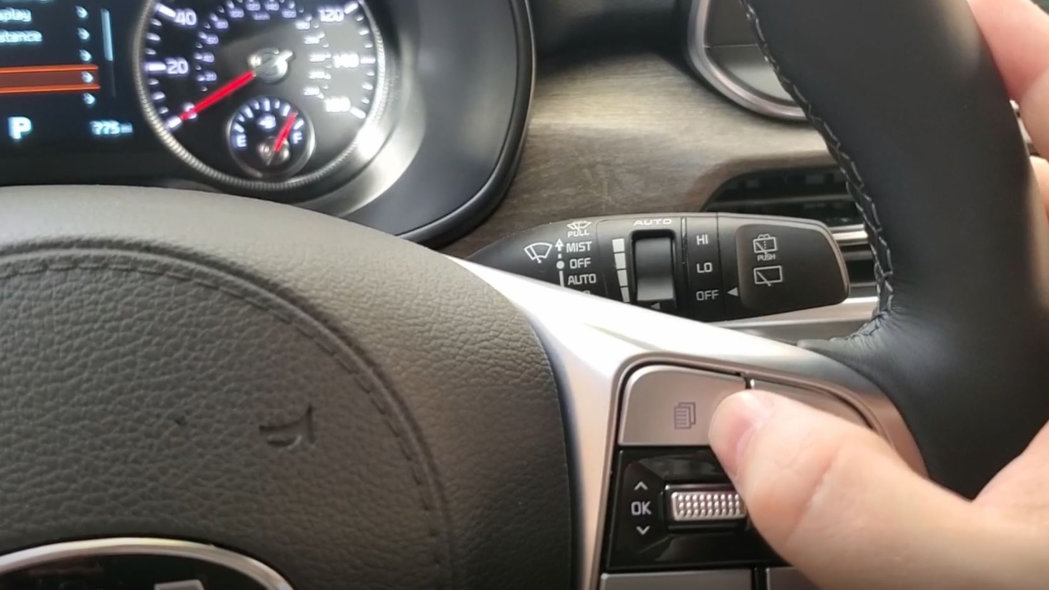 Kia’s placement of the settings for its driver-oriented systems is also clever. All of these are accessed via the cluster, rather than buried within a vehicle settings menu in the infotainment screen. This not only simplifies the menus, but makes them more accessible to the driver if they need to be modified on-the-fly. The driver need only glance down and toggle through the available options using the wheel-mounted menu control buttons. Easy-peasy.

This suite is robust, versatile and customizable, but still very intuitive to use. We’d certainly rank it among the best in the mainstream segment, alongside sister brand Hyundai’s suite and FCA’s Uconnect, and above the likes of Toyota, Honda and Mazda.

Instacart to eliminate about 2,000 jobs and GitHub head of HR resigns – TechCrunch

Augmented reality’s awkward phase will be long and painful – TechCrunch

Syracuse dominates No. 16 Virginia Tech in 78-60 win – The Herald Review