The new BMW 4 Series Convertible features a switch to a folding soft-top and has gained a new 369bhp four wheel-drive range-topper.

The drop-top four-seater is the latest addition to the second-generation 4 Series range, following the launch of the Coupé and hot M4 variant, and shares the same controversial front-end styling that features an enlarged kidney grille. First UK deliveries are due in March next year, with prices starting from £45,785.

Whereas the previous convertible 4 Series used a folding hard-top, the new version features a cloth roof. It’s the first compact executive BMW convertible to do so since the E46-generation 3 Series Convertible ended production in 2006.

That brings it in line with the latest 2 Series and 8 Series convertibles and matches the rival Audi A5 and Mercedes-Benz C-Class cabriolets. The 4 Series Convertible’s soft-top uses panel bow elements and a glass rear window that, BMW claims, offer greater acoustic and thermal comfort than a standard soft top. The electrically powered roof takes 18 seconds to open or close and can be operated at vehicle speeds of up to 31mph.

The roof is 40% lighter than the hard top used in the previous 4 Series Convertible and BMW has used extra bracing and panels to improve the body rigidity, which the firm says is 4% higher than on the previous version. 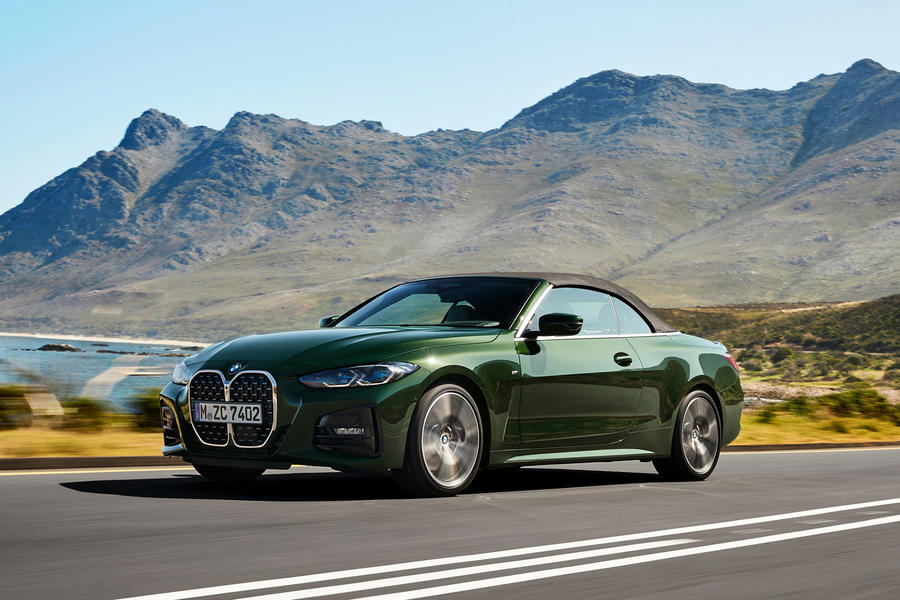 The launch line-up is headlined by the £59,645 M440i xDrive, offered in convertible guise for the first time and featuring a 369bhp mild-hybrid six-cylinder petrol engine and four-wheel drive. There are also two four-cylinder petrol engines, offering 181bhp and 254bhp, and a 187bhp four-cylinder diesel. Two straight-six diesels will follow in November next year and all engines use an eight-speed automatic gearbox.

The UK will offer the 4 Series Convertible in M Sport specification as standard. This features M Sport suspension, 18in alloy wheels, front sport seats and a 10.25in infotainment touchscreen. M Sport Pro Edition, adding 19in alloys, a new Sprint mode and adaptive suspension, will be available as an option.

Will Xiaomi's foldable smartphone look like a mix between Galaxy Fold...